My other blogs & websites

From Australia to the Middle East Radio Interview

This is an ABC radio interview I recorded earlier in the year when I was visiting Australia, which has been aired today to coincide with an exhibition I am in at .The Warrnambool Art Gallery  We discuss what it is like living and working as an expat artist in the Middle East and my artwork that originated from the Australian Landscape.

Kathryn Ryan - from Panmure to Dubai

By Jeremy Lee
Kathryn Ryan paints ghostly foggy pictures of south west landscapes while living on the other side of the world in Dubai.

There's a great contrast between the ghostly cool winter landscapes of South West Victoria and the intense heat and sand of Dubai, but it's one which Panmure born artist Kathryn Ryan faces with her work each day.
After growing up on a dairy farm in Panmure and training as an artist, Kathryn moved to Melbourne to follow her art career.
A few years ago Kathryn had a break from her art and started to write down some stories from her family which led her back to deciding to paint what she knew best - in particular growing up in the south west and the foggy winter mornings.
Kathryn was drawn to the 'quality of light' in those foggy conditions and the way shapes are highlighted.
Although the paintings have a photographic feel to them, Kathryn isn't interested in capturing the 'exact reality' of each scene, instead she uses them to get the feel of the landscape.
The process of creating each painting takes a very long time - as she explains she might have five paintings on the go at once, and it usually takes around three to four months to complete those paintings.
Kathryn moved to Dubai when her architect husband started getting work there.
It hasn't been an easy transition as an artist - there are some logistical problems including getting hold of art materials, and sending her canvasses to and from Australia.
The burgeoning artistic community in Dubai has also proved difficult to break into with Middle-Eastern artists being favoured.
Despite the challenges Kathryn has continued to work - using her air conditioned studio and paintings as a retreat into something more familiar and cool - for many months of the year it's almost too hot to go outisde in Dubai with temperatures regularly reaching 50 degrees in the summer.
At the moment, Kathryn's painting 'Winter Farm' is on show at the Warrnambool Art Gallery as a part of the rehang of their permanent collection.

Posted by Unknown at 8:32 PM No comments:

Arriving in the land of grand mosques: Abu Dhabi 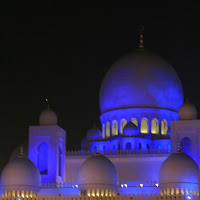 This is the blog I had meant to start writing in 2008, however I did manage to start a travel blog along the way...It  was early 2008 when I first landed in the exotic and strange place that was Abu Dhabi.. 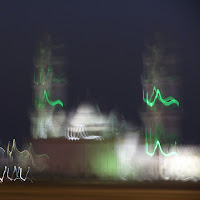 Where was this place I had landed?Arriving at night with a chauffeur car to collect me I was driven in to Downtown AD and one of my first sites was of the stunningly blue lit Grand Mosque, with its domes and minarets reaching in to darkness like something out of a fairyland dream.... I couldn't believe where I had been transported to from inner city Melbourne to this! The first site of this mosque under blue and magenta lights has always stuck with me.. This was a very different world for me. My existence had been quite sheltered up to now and I had not been exposed to the way of life in a Muslim country nor a country with an 80% expat population, among many other things. 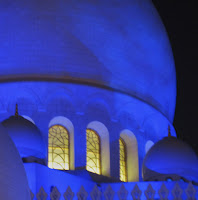 The striking differences were so visibly noticeable to me.. my artist eye was used to noticing everything, all the details and taking it all in. I took to the streets with my camera and I haven't stopped since.

My first impressions were of a city full of contrast. I was living amongst tall glass sky scrapers next to crumbling old houses..There were new buildings going up at a fast rate , a tower of cranes, alongside crumbling footpaths and old shops and rundown small housing compounds. Abu Dhabi had really only begun to develop in to a city since approx 1970 after the discovery of oil, taking it from a pearl diving village in to the modern metropolis that it is today. 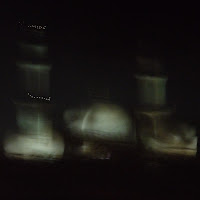 I cant read nor speak Arabic, however I love the Arabic script and calligraphy. So for me even the neon signs in Arabic were a feast for my eyes... arabic number plates, shop signs, menus, street signs, were probably more appealing as I couldn't read them. I have always been drawn to  ancient scripts, the shape and flow of the letters, mark making...I guess it has the element of mystique and exoticness when you can't read what it is saying but are looking purely at the shapes and design.

Arabic music, traditional dancing , belly dancing, the smoking of sheesha pipes, the sweet smell lofting through the outdoor cafes... the men & women in their abayas and dishdash... walking in groups, an otherworldly feel about it all... these were some of the sights that belonged to the new land I was now in. 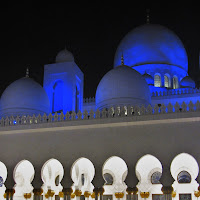 The call to prayer out over the loudspeakers all across town was something very new for me... Although the first call was quite early, I loved it, this reminded me constantly I was living in a very different land to the farming community I had grown up in..It was foreign, exotic, different , interesting, I had been transported to a world that was not at all familiar to me. In Downtown Abu Dhabi there were mosques on nearly every corner, so the call to prayer became a chain of song, coming from every direction. At night all the mosques were beautifully lit up accentuating the shapes of the domes, minarets, carved details, archways, marble & stone features. Lighting was such a big part of life here... from dimly lit lanterns and lamps hanging in cafes and streets, to spotlights lighting from below the towering structures of new glass sky scrapers surrounded by palms and plants and water features. 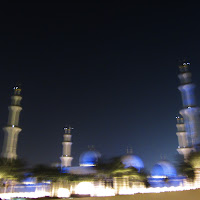 It was a heady mix to take in at first. Everything I was coming across was so different to my life back in Melbourne. The life I had living by the bay, riding my bike along the beach and canal, hanging out in the lane way cafes of the city where my studio was upstairs above one of beautiful arcades... the life of a practicing full time artist, working towards exhibitions , popping in to galleries to see shows all around the city, meeting artists for coffees in the lane ways, traveling to the country for inspiration for my landscape paintings... all this was missing as I ventured in to life in Abu Dhabi 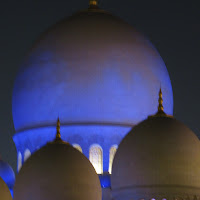 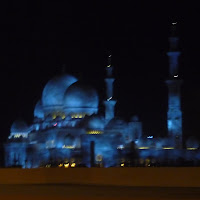 Oh and the other element that was completely new to me was the heat... for most of the year 40 + everyday... This is something that took quiet a bit of getting used to. To always be in air conditioning, and to not have the freedom to go out walking any time of day... not that it wasn't safe, it was just too hot! 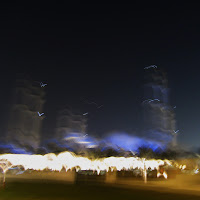 Being an island, AD was also a very humid place so at times it was 90% humidity and 40 + temperatures. Only the lightest linen or cotton dresses would do, preferably loose to allow some air movement, not that there was often a breeze, the heat was mostly stifling and oppressive. For a big part of the year I could only go outside before say 10 am, then it became too hot for anything other than a necessary trip out. Always following the shady side of the street, however mostly in cars going from underground car park to to be dropped off at your destination and always carrying water! There was a lot to get used to as a new expat! 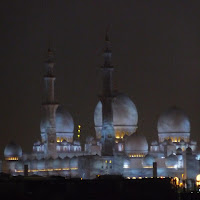 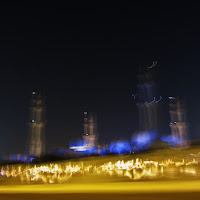 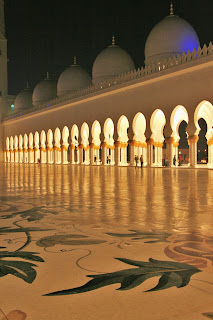 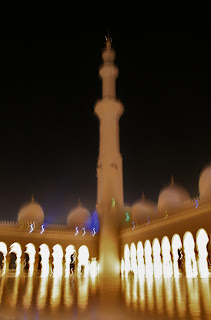 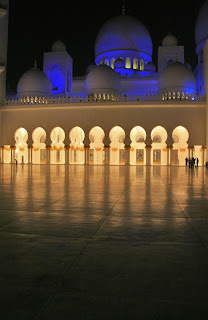 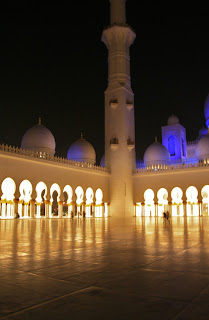 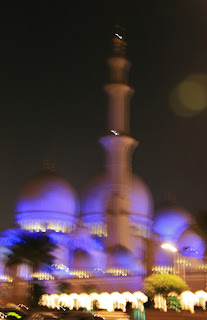 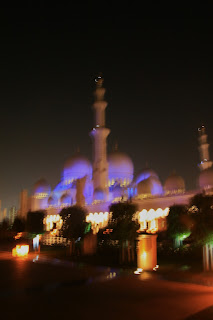 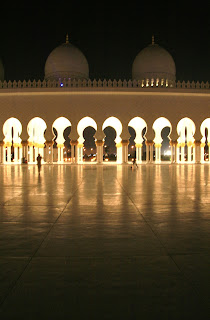 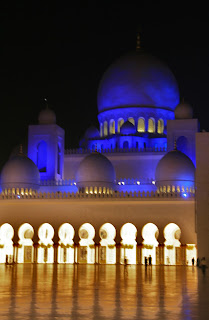 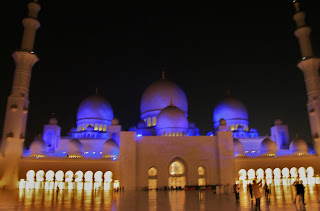 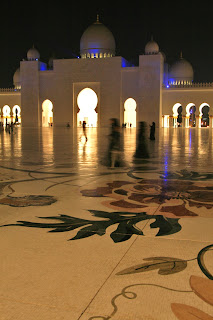 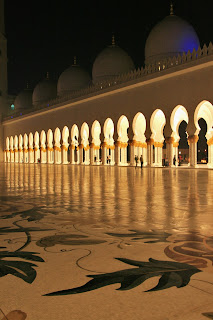 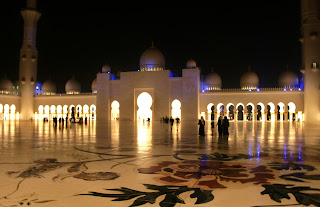 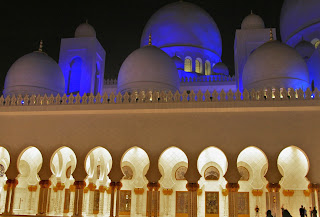 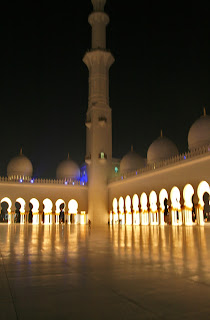 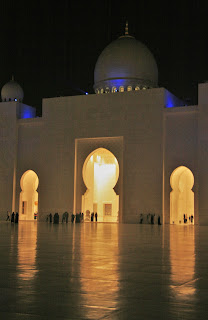 Posted by Unknown at 3:51 AM No comments:

As I said this expat blog has been a long time coming. I have had many conversations round n' round with myself, ideas and observations over the years that I had intended to relay as my journey in to expat life unfolded. I had come to this new way of life in my post 40's  and at first struggled with such a very different way of life, surroundings and culture. After growing up on a dairy farm in coastal southern Australia, with the majority of my adult years spent in art studios in inner Melbourne, I was now living in The Middle East, at first Abu Dhabi and now Dubai.


This was a world away from what I knew, what was familiar to me. At first I was  a little out of my depth. I didn't know about 'expat life' and the things I could do to help myself adjust to this crazy new life. Five years on and I now have a far better understanding of what it takes to move to a new country and adjust and find your way, and ways of coping and surviving which can eventually lead to getting used to the whole idea and even liking it after a while!


I have met many reluctant expat wives along the way and I have been in that category myself more than a few times, however I am now coming to see this is how my life is now... we live overseas...with time I have become used to it... but it wasn't always like this... and it never is. There is a rise and fall of acceptance, enjoyment and familiarity with the new life and a longing and homesickness and nostalgia for all things 'home', for me that is Australia.


As a full time professional artist I am traveling constantly with my camera, looking, seeing, observing, taking it all in, my eyes noticing everything... searching and scouring my new surroundings, the environment and its people. Along the way I am also continuing my art practice, painting each day, working on a solo exhibition each year to be freighted back to my galleries in Australia and in time maybe also to exhibit in our new surroundings. 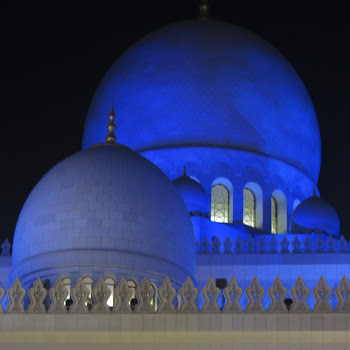 I had intended to start an expat blog in 2008 when the world of expat life crept into my existence as I found myself moving to Abu Dhabi... a long way from the Italian cafe in Flinders Lane Melbourne where my husband had told me over lunch that he had been offered a job here. At the time I was unsure even where AD was... was it an outback town...nooooo it was in the Middle East.. ah I see! It is now 2013 and we are living in Dubai. This is my journey as a professional artist finding my way in a very different world and environment...